Half-time during summer training – the big interview with Marco Odermatt 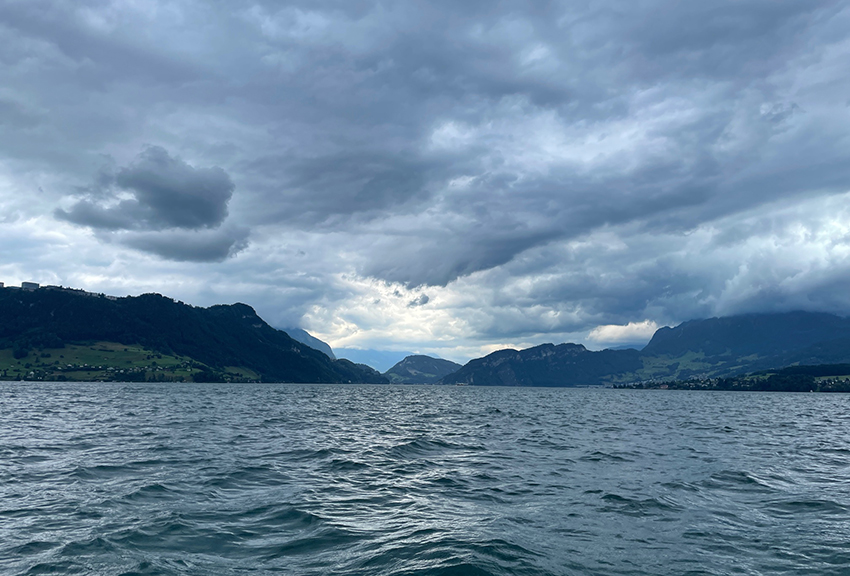 Marco Odermatt docks at the landing stage in Lucerne, drenched to the skin, after a TV shoot at Lake Lucerne. There are dark storm clouds in the sky and it’s raining in droves. The first half of the summer has certainly been a rainy one and the Nidwalden athlete has wasted no time getting back on his skis at the glacier in Saas-Fee. In this summer interview, last season’s Alpine Ski World Cup silver medallist comments on how prepared he is feeling, his new main sponsor, the appeal of training in the snow in the middle of summer and the Olympic Games.

Marco Odermatt, as an athlete, do you look forward to that first day of training in the snow at the height of summer?

Marco Odermatt: To say I look forward to it when I'm putting my ski boots back on in the middle of summer might be a bit of an overstatement. But as soon as I’m standing on the snow again, that feeling of happiness comes rushing back.

After the end of the winter season, you were announced as Nidwalden Sportsperson of the Year. Do honours such as this still mean something to you after all the success you've enjoyed or has it become purely a matter of duty?

Marco Odermatt: I was absolutely delighted to receive the accolade of the Nidwalden Sports Prize. I feel a deep connection to the canton I come from and am happy to represent it as an ambassador on an international stage. It’s a great honour to me that my performance is being recognised in my home canton. 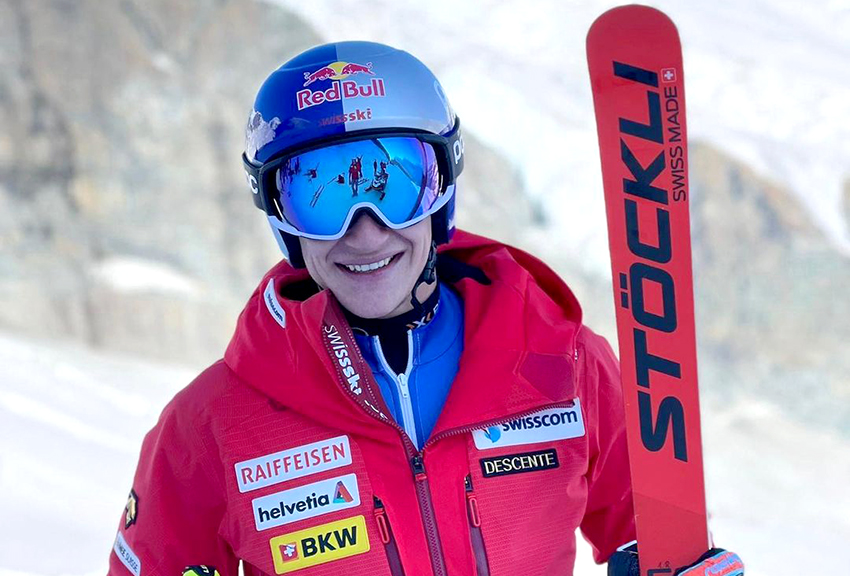 In the spring, you welcomed Red Bull as your new main sponsor. How did the people around you react to that?

Marco Odermatt: As an athlete, you get to know Red Bull's involvement in the world of sport and follow it with interest. The vast majority of the most successful skiers of the last few years were linked to Red Bull in some way or another. It’s an honour to be starting the new season as the first Swiss Alpine skier to sport the Red Bull helmet. But you also have to put it all in perspective a little. Red Bull was already one of my premium sponsors and I haven't noticed any changes among my immediate social circle. I'm also still affiliated with Stöckli, the Swiss skiing brand I've been with for many years, and am kicking off the new season with the same trusted team. It’s not as though everything is completely different because of this new sponsor. The signing of the contract with Red Bull is undeniably a feather in the cap of all those involved, not least for my management team with whom I've already been working successfully for over five years.

There's been much speculation in the media about how much the new contract will be worth. What does this new contract mean for you in financial terms?

Marco Odermatt: First and foremost, this new contract is a recognition of my great achievements in the 2020/21 season. For me, the clincher was the comprehensive package that Red Bull is capable of offering athletes. I personally feel that being successful in the sport is the top priority. Last season, I saw first hand which details can ultimately give you the edge when you're at peak performance. That's when the little pieces of the puzzle really matter. So, with all the opportunities it offers – like the training centre, the training pistes, the logistics or the supervision – Red Bull was the logical choice for me. All in all, I've worked with my management team to build on a stable foundation of equipment and partnership contracts over the last few years. As such, as well as my main sponsor, I also have a portfolio of other loyal partners who have been supporting and promoting me for many years now. Until recently, Waldis Tresore AG was one such partner. Even when it comes to sponsorship, I'm constantly trying to think about the bigger picture – making the right choice, finding the right partners, thinking about my sporting goals and career in the long-term. We’re on a very successful path here, for which I am, of course, very thankful to my partners and support system.

You have an Austrian company as your main sponsor in Red Bull, your group trainer Helmut Krug comes from Tyrol, Chris Lödler, who has been your technician for many years, is from Lech/Vorarlberg, your highly experienced fitness trainer Kurt Kothbauer is from Upper Austria, and your manager Michael Schiendorfer has Austrian roots and, until recently, was managing Katharina Liensberger, one of the rising stars of the sport in Austria. Should we be worried about you deciding to represent Austria any time soon?

Marco Odermatt: I'm very fond of Austria and have enormous respect for the professional work of the Austrian Skiing Association. But in spite of my love for this land, a change to my affiliation is out of the question purely on account of my dialect (laughing). 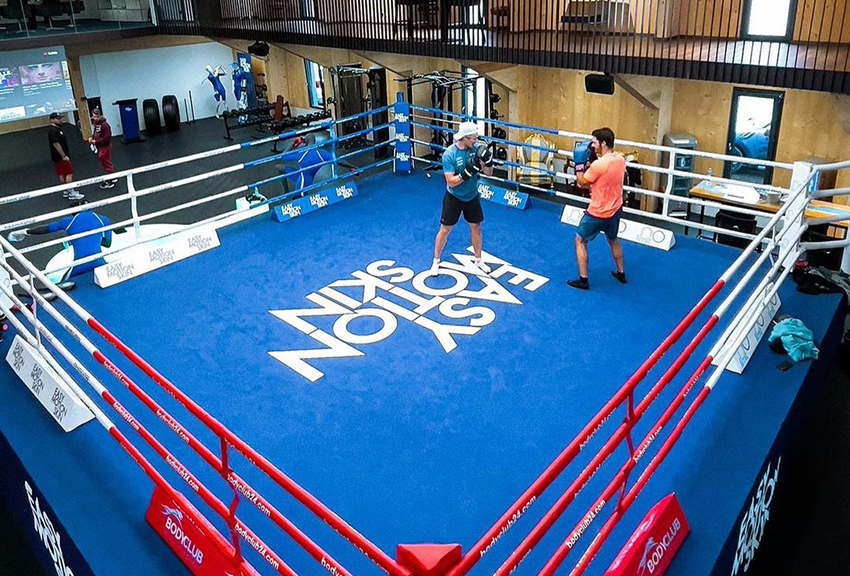 How has summer training been going up to now?

Marco Odermatt: I'm feeling really good. I've been able to train in the summer with no injuries or complaints for the first time in a long time and, in the last few weeks, I’ve been working really well and intensively with my fitness trainer Kurt Kothbauer, who is responsible for our GS Group at Swiss Ski. At the end of June, we also spent a week in Salzburg where we completed some intensive training sessions at the Red Bull Diagnostic Training Centre in Thalgau near Salzburg. The first training sessions in the snow are already back on the agenda. In general, I’ve gained in strength and developed more physically, and I'm feeling really optimistic about the coming season.

What is special about Red Bull's Diagnostic Training Centre in Thalgau?

Marco Odermatt: The atmosphere and spirit are really what make the whole place special. The centre looks fairly unspectacular from the outside. I almost didn't find it the first time I went there. The Diagnostic Training Centre is located in a former factory with an attached barn conversion. But on the inside, as an athlete, you immediately notice that the people there are experts and that everything is geared towards sporting success. Robert Trenkwalder, the Head of Athletes Special Projects, also has a proven track record at Red Bull as a point of contact for my questions and requests. Robert was there during my first training sessions at the centre, as were Thomas Dressen, Henrik Kristoffersen and many other top athletes from other disciplines. The interaction with these athletes is truly invaluable. All in all, the trip to Austria was a welcome distraction from the hard reality of summer training. 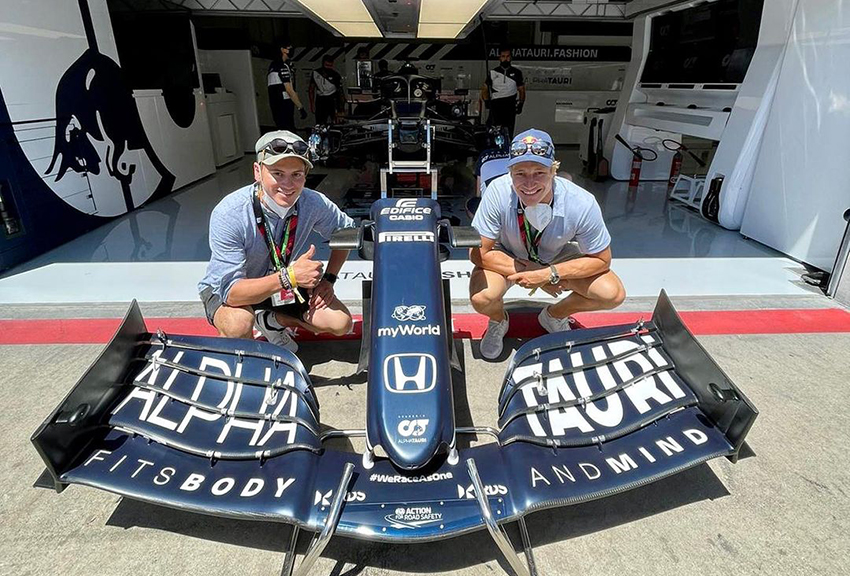 A visit to a Formula 1 race at Boxengasse in Styria which, by the way, was won by a Red Bull driver, also provided a change of scenery at the end of the training week.

Marco Odermatt: Experiences like that are definitely some of the highlights. The teamwork at Boxengasse was really impressive. Much like in skiing, there are many hands and many brains at work in Formula 1, both in the limelight and behind the scenes. The success of an individual sportsperson is always the success of an entire team too.

In autumn, shortly before the season kicks off in Sölden, a documentary produced by Red Bull about yourself and Loïc Meillard is set to premiere on all Red Bull channels, SRF and Netflix. What can we expect from this?

Marco Odermatt: That was a very interesting experience. As world number 4 and 2, Loïc and I are the focus of this documentary as two Swiss Alpine skiers. This is certainly a very positive thing for the sport of Swiss skiing and also a sign of recognition for the successful work of Swiss Ski. We train in the same giant slalom group and are also friends off-piste. The TV-Crew filmed us the whole season. I haven't even set eyes on it myself yet. I'm looking forward to this film.

We recently saw you surfing on a stormy Lake Lucerne as part of a media day for SRF TV. You really looked like a pro. Water just really seems to suit you in general – is that as true for its liquid form as it is for its crystalline one? 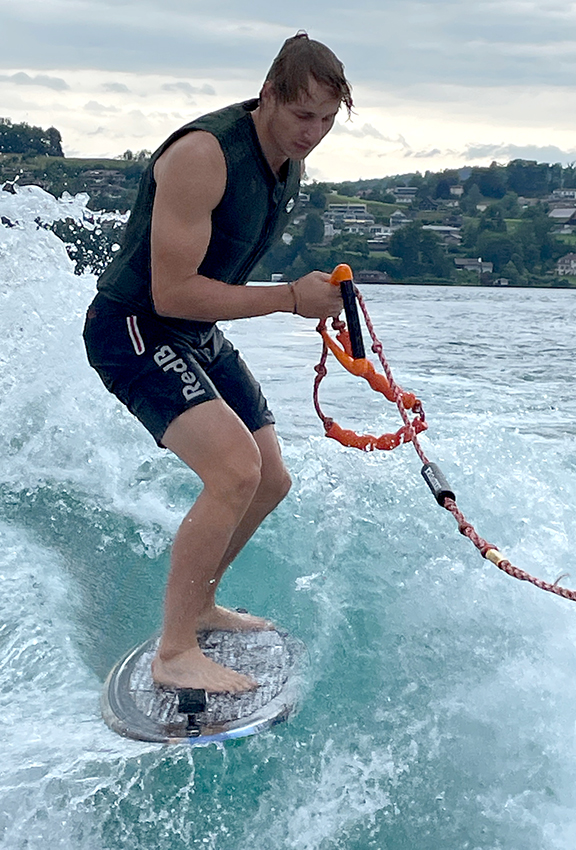 Marco Odermatt: I grew up by Lake Lucerne and so watersports are another passion of mine – I've even passed my boating exam. Whenever I find the time in summer, I like to spend it doing this other water-based activity. That's why it's fitting that Vita Bad is also a premium partner of mine. They build the nicest pools and put a lot of heart into supporting me and Andrea Ellenberger, my colleague at the skiing club. All I need now is a stunning house to put next to my Vita Bad pool (laughing).

You mentioned Andrea Ellenberger. You both took part in a question and answer session with the media by the shores of Lake Lucerne before the new season commenced. Then, before Christmas, Andrea very sadly injured her knee and had to bow out of the rest of the season due to the injury. Do you keep up with the comings and goings of other athletes or do you, as an athlete, live in a kind of bubble that blocks everything else out?

Marco Odermatt: Of course, I sympathise with the fortunes and injuries of my colleagues – as an athlete, I know what an injury like that can mean. Andrea is a special case. The better you know someone, the harder an injury like that hits you. We’ve known each other since we were kids, were more or less side by side in the regional junior team and grew up in the Hergiswil skiing club. It’s a relationship that goes far beyond the boundaries of sport.

You’ve described the Hergiswil skiing club as a great hotbed of talent which has brought forth several World Cup skiers, including yourself, Andrea and Reto Schmidiger. What's the recipe for success?

Marco Odermatt: My dad (laughing). No, but seriously, Andrea, Reto and I have known each other since childhood and both my dad, Walti, and Reto’s dad, Paul Schmidiger, were board members of the Hergiswil skiing club and created the talent programme, an institution designed to better coordinate the education and training of young athletes. Both of them did a lot to support us. It's testament to just how important this foundation work in local clubs and regional associations really is.

Marco Odermatt: The Olympic Games are thankfully still far from my thoughts at the moment. As a child, I never dreamed that I would be an Olympic champion. My goal was to win the races in Adelboden or Kitzbühel. That's why the next season of the World Cup is my focus and priority right now. As the Olympic Games draw nearer, then we’ll see to what extent the atmosphere manages to cast its spell over me. I’ve recently been trying to think of Olympic races in the same way as normal races and not to let myself get too overawed by it all.