“Not my week, but definitely my season” 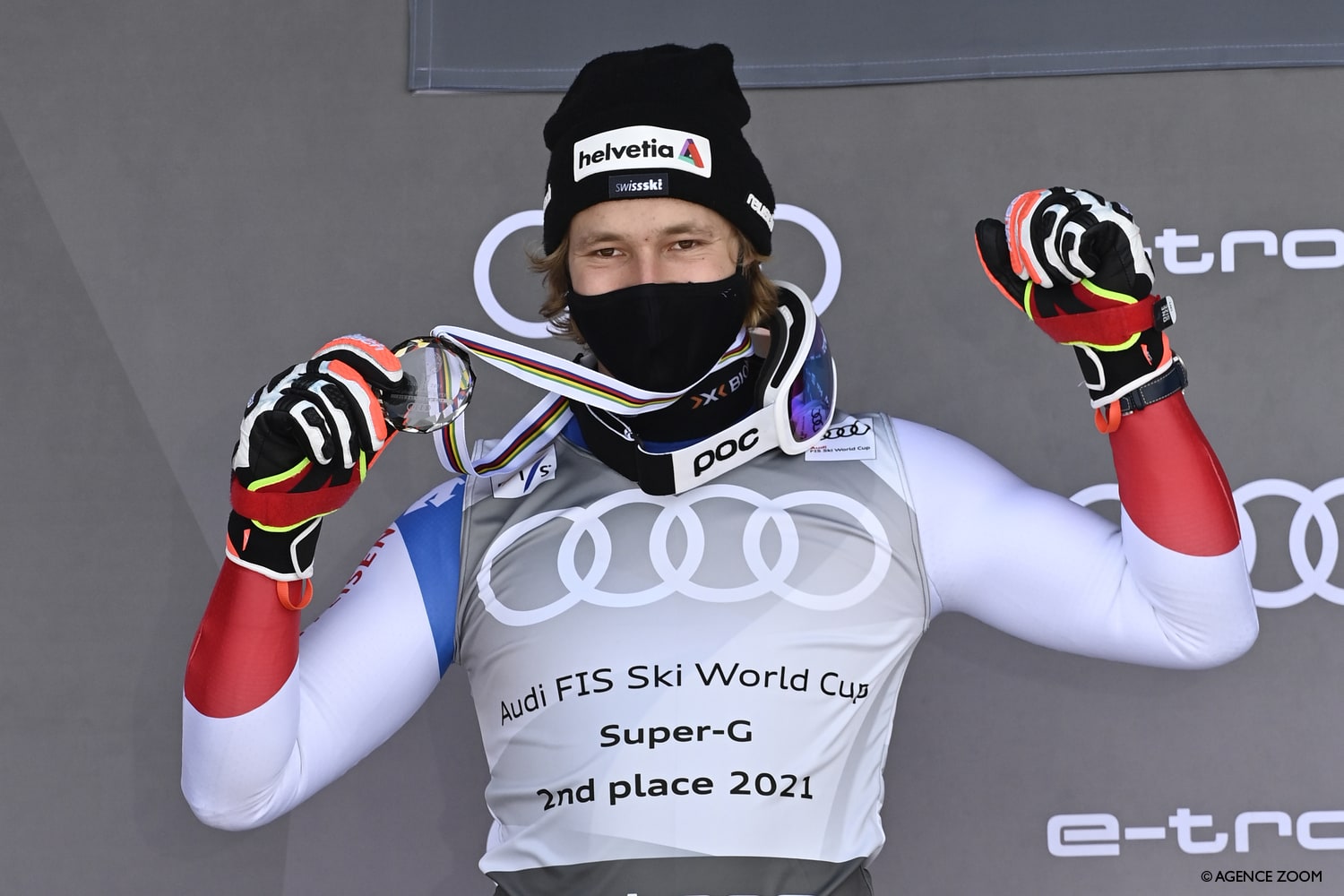 That's how I would sum up my state of mind the day after the World Cup Final in Lenzerheide. Second place in the overall World Cup standings and in the individual discipline rankings for giant slalom and Super-G, my first two victories in giant slalom, another victory in Super-G, a total of nine podium places: a great season is about to come to an end. Over the coming weeks, I have the Swiss Championships and then ski tests to look forward to. But after the training sessions in St. Moritz, I'll need a holiday to mentally and physically process this season.

I'm still lacking a bit of the distance I need to be able to properly assess my performance. I am too tired and exhausted after this season, which has been extraordinary in many respects. If you count both runs in the giant slaloms and add in the training runs in the downhills, I've been in the starting gate almost 50 times this season across the World Cup and at the World Championships – in Kitzbühel I even spent several hours there before the downhill event was cancelled due to the weather conditions right before I was supposed to start... Finally, there was all the tension and hype surrounding me at the World Cup Final in Lenzerheide. But the two cancelled speed races, the long wait for my first race and then my ultimately disappointing performance in the last giant slalom of this season in difficult conditions took an incredible amount of substance and energy out of me after an already exhausting season.

At the moment I'm just tired and glad that the season will soon be over. One look at this winter's giant slalom results is enough to cheer me up though. I recorded my first two victories and a total of six podium places in giant slalom. 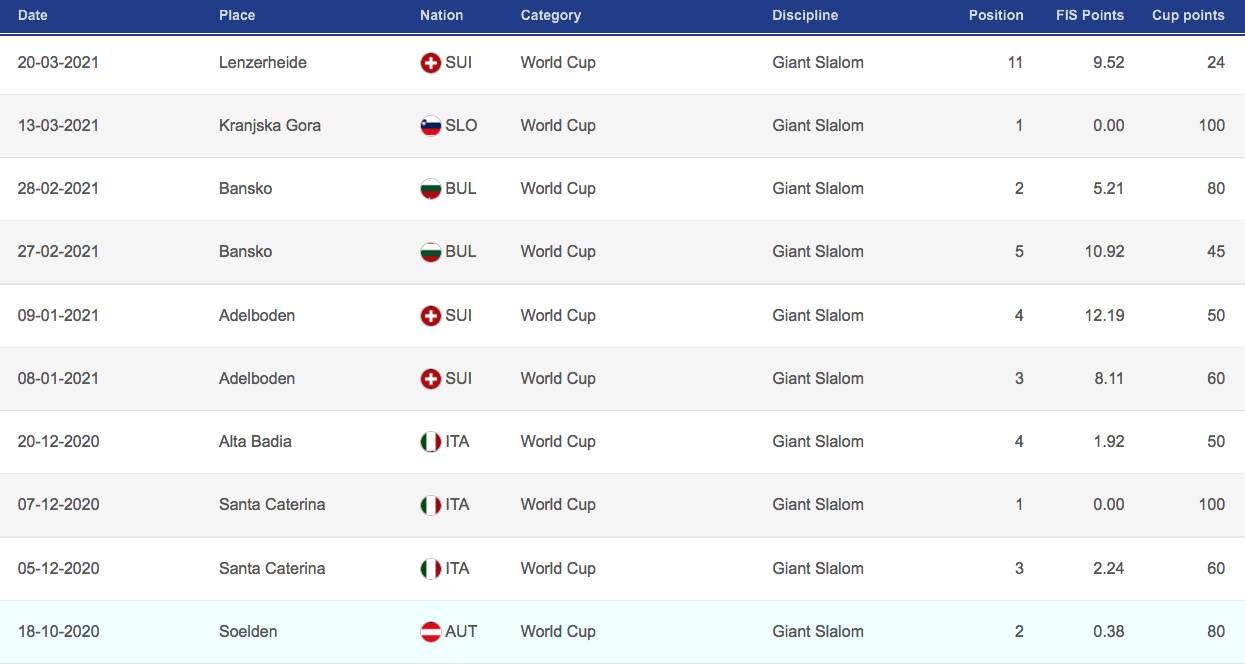 Ultimately, however, it is also experiences such as those at the World Championships in Cortina and the unfortunate conclusion in Lenzerheide that help me progress as an athlete and also as a person. The example of Alexis Pinturault shows how hard and painful the road to winning the overall World Cup can be. He came so close to this goal so many times. Alexis deserved to win the overall World Cup, and I would like to take this opportunity to congratulate him once again. However you look at it, whoever wins the overall World Cup didn't get there by chance. It takes incredible consistency at the highest sporting level. Personally, winning the overall World Cup is my top sporting priority, ahead of even a World Championship or Olympic title. At 23, I still have a few years ahead of me to achieve this ambitious goal. Knowing it is just within my grasp, I will work even harder in the summer to ensure that one day my dream becomes a reality.

Health is the most important thing

At the end of the season, I am grateful that I made it through without injury. As competitive athletes, we push ourselves to our physical limits in every race, sometimes even beyond. We walk a very fine line, demonstrated not least by the devastating crashes in Kitzbühel, where my teammate and friend, Urs Kryenbühl, crashed badly after his great start to the season and had to end his title challenge. The organisers, race officials and, last but by no means least, the condition of the slopes ultimately also decide how we fare in terms of our health.

This last season has been uniquely impacted by the global coronavirus pandemic. Extensive adjustments to the competition calendar were made in the run-up to this season in order to protect athletes and support staff as much as possible, reduce travel, and minimise costs for the teams and organisers. In retrospect, it is clear that the FIS and Swiss Ski's protection concepts have worked well. The two associations have responded to this challenge with great flexibility and adaptability and have overcome it brilliantly. It was incredibly important for skiing and for us athletes that this season could take place despite the virus. Personally, I overcame coronavirus at the end of last year without any major symptoms. As skiers, we live in a kind of bubble during the season, and not only because of the pandemic-related protection concept. During the winter months, the focus is entirely on the sport and the next race. However, I am well aware of the privileged situation we live in as athletes and that the reality worldwide is exceedingly difficult for many people, even more than a year into the pandemic. I too long for normality and hope that it will gradually return towards the end of this year. 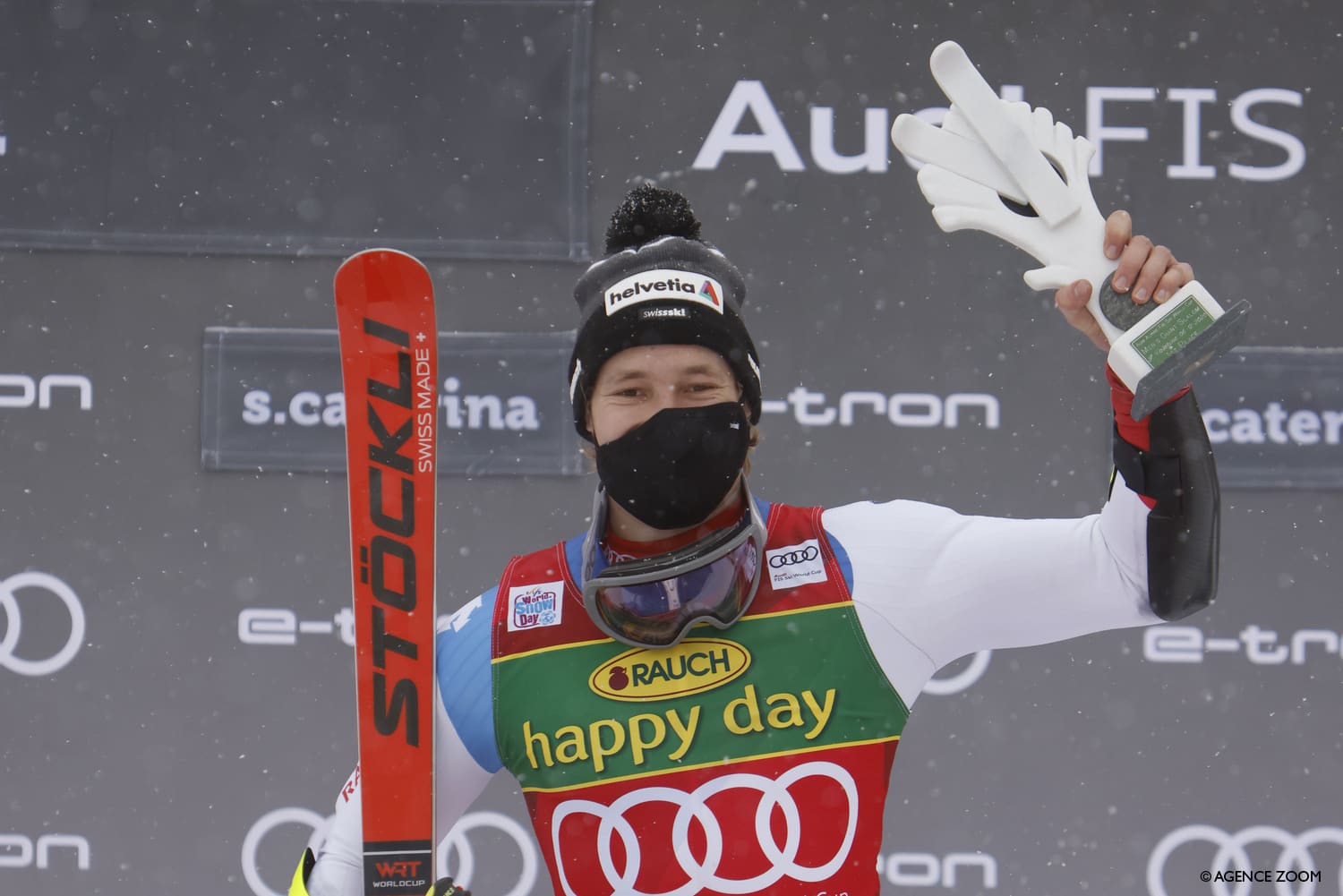 For me, this season was an emotional firework display with countless highlights. Many companies and people have been working behind the scenes to lay the foundations for my achievements. Without them, these successes would not have been possible. I would like to thank my main sponsor Helvetia Insurance, which is now supporting me for a fourth season. Stöckli Ski and my service representative Chris Lödler have once again done an exceptional job this winter. I am very happy that my Stöckli service team is complete again after Ivo Zihlmann's injury and that I can count on him once more. Stöckli and I have been working together for some 13 years, and now our partnership has taken us to second place in the overall World Cup. So I am all the more pleased about my latest contract extension with the Swiss ski manufacturer. I would like to thank my main sponsor Helvetia Insurance and all my premium sponsors including Red Bull, Longines, Titlis Bergbahnen, Garaventa, NeoVac, Raiffeisen, Descente, Electrolux, Intercheese AG, Savida, Syntax, Nature Valley, Alpinlift, Vitabad and Reusch for their generous support. Thanks too to the OYM sports complex for providing me with world-class training facilities. Last but not least, I would like to thank Swiss Ski, my entire coaching and support team, my physio team, my masseur, my mental coach, my teammates, my management, my parents and my family for all of their hard work and dedication. Big thanks also to my fan club, all the ski fans and the media for their support! The 2020/21 season is over. Let the 2021/22 season begin.